Mark's Hit Single "SWEET MEMORIES"
is available through all your favourite Digital retailers!

Why not add it to your playlist today!

These Albums are AVAILABLE
for AUD$15 each inc. Postage....


Please include your Name, Address & Order Details when you....

Pay by EFT to: 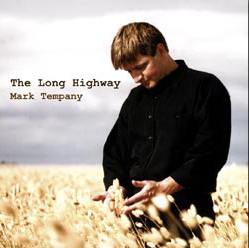 "The Long Highway" is Mark's fifth all-original album, released in 2004.

With more a slightly more acoustic production than Mark's previous album - "Far Away" (2001) - "The Long Highway" is
a brilliant songwriters exploration of the stories and emotions in taking"the journey".

"The Long Highway" is the finest example yet of Mark's poignant songwriting and emotive performance -
and remains currently his current solo album release.

VIOLETS IN THE RAIN 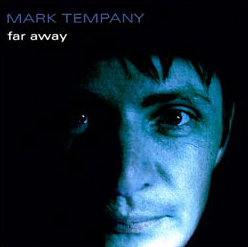 "Far Away" is Mark's fourth album, released in 2001. Also including a bonus disc featuring the radio hits "Love Finds A Way" and
"Sail Away", this album features brilliant and powerful productions - a true benchmark for Mark's music.

Much of Mark's music on "Far Away" revolves around his stories and experiences while in North America -
and the resulting pride he felt in Australia upon his return home.

Many concert favourites - such as "Australian Child", "Two Blue Moons", "Remember Back" and
(Mark's tribute to the late John Denver) "The Final Goodbye" - are included.

"Far Away" is simply a MUST HAVE album for all Mark Tempany fans!

ONE MORE SONG
FAR AWAY (Reprise)

These Albums are NO LONGER AVAILABLE.... 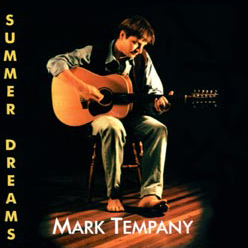 "Summer Dreams" was Mark's third album, released in 1998. With a compilation of remixed and re-recorded songs from his previous 2 albums -
and a number of new songs this collection still stands as an excellent introduction to Mark's formative years as a recording artist.

"Remember" is - like Mark's "Summer Dreams" - a collection of Alison's early recordings, combined with 4 brand new songs
to create an ideal representation of Mark and Alison's live acoustic duo style formed since Tamworth,
and the Charlie Landsborough Australian National Tour in February 2006.

TOMORROW'S ALWAYS GONE
CHILLAGOE
HERE COMES THE RAIN
THE COWBOY
A SINGLE DAY
ROLLIN' BACK THE YEARS
STAND IN THE STORM
UNTIL I MET YOU
SEPARATE WAYS
SUMMER BREEZE
THIS IS OUR LAND
CHILD OF THE WIND
MOON, STARS & LONELY HEARTS
REFLECTIONS
FREE AGAIN
LIFE ON THE ROAD 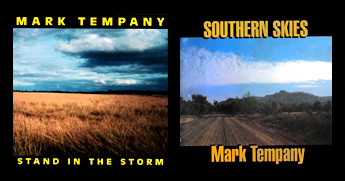 STAND IN THE STORM & SOUTHERN SKIES

Although no longer available both albums were ALL-ORIGINAL and all self-produced -
still an outstanding achievement for any new Recording Artist paying his own way
and taking on the World to International standards right from the start.

Some tracks from both albums were also included in the SUMMER DREAMS (1998) compilation.